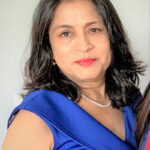 Sarla Mahara leads BlueLaw’s governance, business development, office administration and growth. Ms. Mahara has twenty seven years of international development and professional experience. Prior to becoming BlueLaw’s Chairperson of the Board, Ms. Mahara served as Christian Aid Mission’s (CAM) Vice President and Director of Overseas Operations, a faith-based organization which has supported for over sixty-five years indigenous ministry-based projects worldwide.  In the Indian sub-continent Christian Aid Mission has been supporting more than 200 indigenous ministries, many of whom were recruited by Ms. Mahara.

In her prior role as Christian Aid Mission’s Overseas and South Asia Director, Sarla led a team of area directors in charge of five regions – Latin America, Europe, Africa, China and South Asia — raised funds for overseas ministry projects, developed and promoted concepts for indigenously owned and operated community level projects contributing to rural health, education and employment generation through innovative and proven partnerships empowering indigenously owned and operated organizations, programs, and persons. Sarla traveled extensively in South Asia and regularly visited challenging areas like Kashmir and northern Pakistan before she retired from her position in October 2015. She forged strong relationships with local ministry leaders and organizations and continues to volunteer and support indigenous ministries in her spare time. Trained in France and India as interior designer, Ms. Mahara owned and operated an interior design consulting business before she started working with Christian Aid. She has lived, worked and studied in Nepal, India, France, and USA. 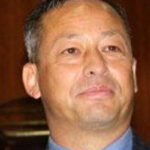 Sudhir Mahara plays a key role in integrating organizational knowledge, creating operational efficiencies, ensuring contract compliance, and driving organizational decision-making to optimize the achievement of BlueLaw’s strategic and operational goals for its USG programs. He conceptualizes, develops, and manages BlueLaw’s organizational transformation and strategic growth plans while ensuring the company functions in accordance with its approach, vision, and standards. He has managed various USAID, DoS, DoD, and UN programs and has twenty-seven years of professional experience in diverse international settings, with more than ten years’ experience managing security sector capacity development and international development programs. Prior to becoming the CEO of BlueLaw International LLP, Mr. Mahara was the Managing Partner of BlueForce International LLC.

He has served as a Scholar-in-Residence at the Center for National Security Law at the University of Virginia, and as an Adjunct Fellow at the Henry L. Stimson Center in Washington, DC. He is a graduate of the Royal Military Academy in Sandhurst, UK, and has a Master of Arts in Political Science from Tribhuvan University and a Master of Arts in Security Studies from Georgetown University. 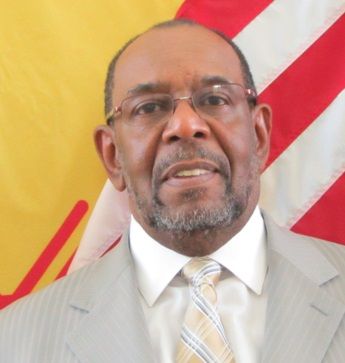 As BlueLaw’s Chief Programs Officer, Myron Golden’s primary role is to ensure the quality of our project design and oversight meets highest professional standards, maximizing results and impact. Mr. Golden has more than thirty-five years of experience in the design, management, and evaluation of USG programs, particularly in governance and economic and social issues. He has managed and/or evaluated electoral reform programs in Burundi, Ghana, Jamaica, Kenya, and Rwanda. He directed the post-genocide USAID Mission to Rwanda from 1994 to 1996, where he researched complex issues within the sub-region and made significant contributions to USG policy in Rwanda.

Mr. Golden’s 29-year long career with USAID involved residing abroad in twelve countries in Asia, Africa, and the Caribbean, and serving diverse functions in the roles of Mission Director, Deputy Director, Director of the Office of Central and Coastal West Africa, Program Officer, Desk Officer, and Budget and Accounts Officer. During the final eleven years of his distinguished USAID career, he was part of the Senior Executive Service with the rank of Minister-Counselor. Mr. Golden has worked directly with USAID and the Department of State in Burundi, where he directed a non-traditional $100 million USAID program focused on disaster assistance, humanitarian relief, conflict mitigation, peacekeeping, and reconciliation. He is fluent in English and French.